Charitable action from the Trans-Auto-D company in support of the Ukrainian military.

Trans-Auto-D company in support of the Ukrainian military

Our company on a charitable basis produced and donated to the National Guard of Ukraine a trawl, TAD NPP-50 for the transportation of BTR-4 “Bucephalus” and the transportation of tanks or other heavy armored vehicles. Some employees of our company and our acquaintances are directly involved in the fighting in the east of the country and we have first-hand information about the difficult financial situation of the Ukrainian military.

Because our company is also engaged in the production of modern specialties. trailers for the transportation of heavy oversized equipment, we decided to make and hand over to the military such a trailer. We sent information about this to the Ministry of Defense of Ukraine and the National Guard of Ukraine. The National Guard was the first to react. And on October 22, 2014, we handed them a new special trailer from our base in Volochysk.

According to experts, the modern war is a war of logistics, timely supply, prompt maneuvering, rapid movement of equipment and people from one area of hostilities to another, the key to successful military operations. We hope that thanks to our trawl, the military will be able to more quickly deliver their heavy equipment to the right places, saving its precious engine resources for combat. 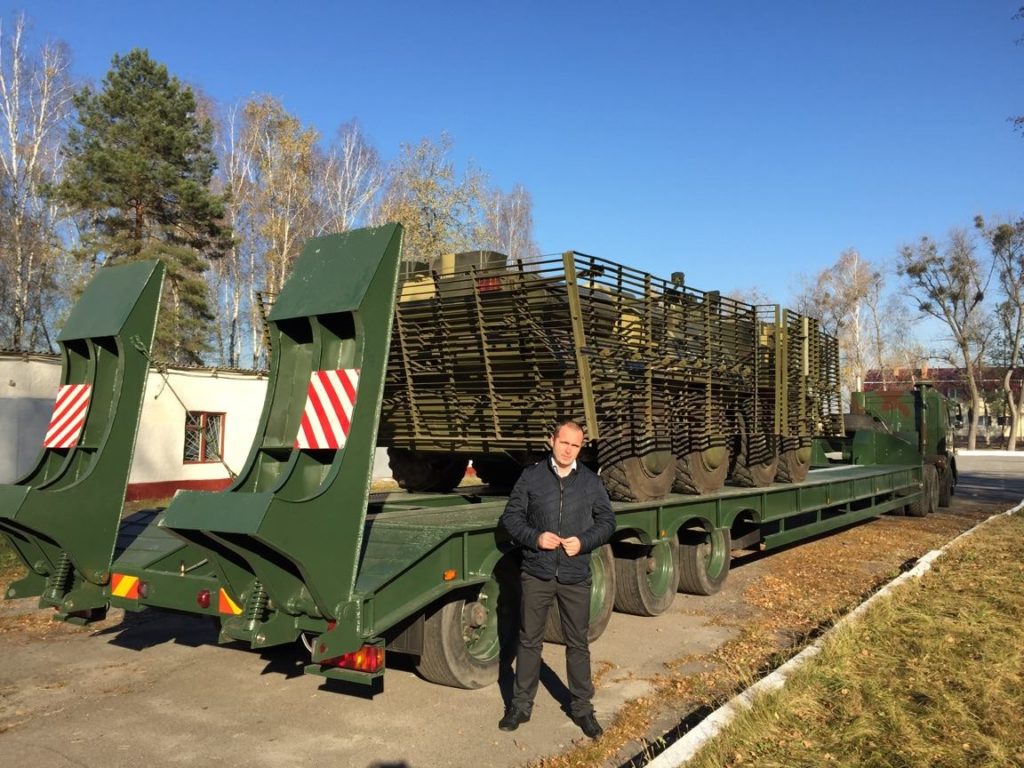 TAD NPP-50 will allow to transport 2 modern BTR-4 “Bucephalus” or one tank at the same time. We understand that this is a drop in the ocean of common needs, but if it is at least one step closer to victory and, perhaps, will save someone’s life – it will not be in vain.

We will win ! Glory to Ukraine!

To track the load, get your track code from your personal manager